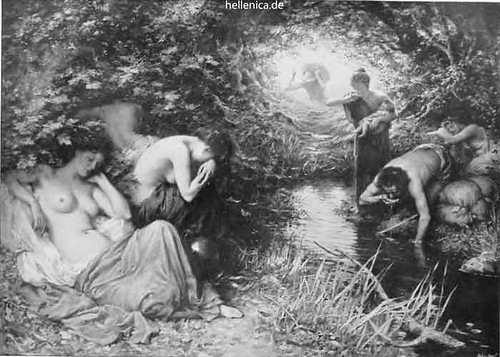 ...the river of Unmindfulness, whose water no vessel can hold; of this they were all obliged to drink a certain quantity, and those who were not saved by wisdom drank more than was necessary; and each one as he drank forgot all things. Plato

The Lethe River was one of the rivers of Hades* also known as the river of oblivion. The river functioned as a mind-wipe and was either positive or negative depending on what type of soul a person had. Heroes and virtuous folk drank from lethe on their way to Elysium to be freed from the sorrows and suffering of a past life. Where as mediocre souls drank from the river Lethe as punishment so that they would not know who they were when they arrived to work, machine-like, for eternity in the Asphodel Meadows. Does this make forgetting a good or a bad thing? Wouldn't the heroes want to remember their feats of bravery and achievements even if it meant reflecting upon the hurt and difficulty of their lives? If total amnesia was great for heroes, why was it bad for regular souls? Did the heroes retain free will or some other attribute that enabled them to be fulfilled in their sojorn through the underworld?

Forgetting is generally frowned upon. We are told 'lest we forget' regarding World War I because remembering the actions of our ancestors is the right and respectful thing to do. Also, learning from the past is also a moral good in the sense that those who forget the past are doomed to repeat it and cyclical mistakes are bad. The aim of life is to learn, retain and react differently as our experiences build and our capacities change. A good person builds their goodness by learning from their errors, not by forgetting their past and repeating mistakes. Punishments such as prison must be remembered to act as a deterant against future crime.

However, forgetting is encouraged when reminiscing becomes too painful or disabiling. Those in broken love affairs re-write the narrative of their relationship to bolster their ego and reconcile the outcome. Modern society encourages us to forget inductive evidence for stereotypes and concentrate on only the person we meet as an individual.

At some level the value of memory ties in with the problem of evil. The problem of evil struggles to explain why a omnibenevalent, omniscient and omnipotent God could allow suffering. One answer is to claim that suffering builds character. One might respond that building character does not demand the degree of suffering inflicted upon the average person in one lifetime. In the same way, forgetting might be valuable in the sense that it can reduce suffering, just as offered by the river Lethe for heroes and the virtuous. 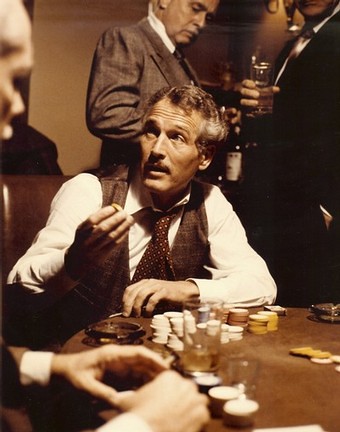 ...it’s very important to use your brain, to keep challenging your mind, but all mental activities may not be equal. We’re seeing some evidence that a social component may be crucial... The evidence suggests that people who spend long stretches of their days, three hours and more, engrossed in some mental activities like cards may be at reduced risk of developing dementia. Researchers are trying to tease apart cause from effect: Are they active because they are sharp, or sharp because they are active?

.. So far, scientists here have found little evidence that diet or exercise affects the risk of dementia in people over 90. But some researchers argue that mental engagement — doing crossword puzzles, reading books — may delay the arrival of symptoms. And social connections, including interaction with friends, may be very important, some suspect. In isolation, a healthy human mind can go blank and quickly become disoriented...

“There is quite a bit of evidence now suggesting that the more people you have contact with, in your own home or outside, the better you do” mentally and physically, Dr. Kawas said. “Interacting with people regularly, even strangers, uses easily as much brain power as doing puzzles, and it wouldn’t surprise me if this is what it’s all about.” Link

It's fairly intuitive that people are happier and more content when they have friends and family surrounding them. However, prior to reading this article I would have considered the memory benefit of puzzle solving, crosswords etc... to be fairly independent of the social component for avoiding dementia. I also would have thought diet would play a greater role.

On the other hand, loss of social interaction probably reduces mental agility across all age groups regardless of dementia. Because social isolation in non-dementia adults is reversible, it is probably ignored when considering poor cognitive performance. However, if life decisions such as moving cities, having children etc... are a serious handicap to cognition, then perhaps we should be even more concerned about the loss of community and fragmentation in our society?

Also, the benefits of socializing might also justify a moderate partying lifestyle amongst undergraduate students*.

* Although this is potentially offset by binge drinking and drug use.
Collapse