The AAP president is a woman, that helps. There seem to be lots of women about. The proportion of women seems to make men less surprised and fascinated by their presence. Men and women still crane their heads whenever a woman speaks to visually comprehend the outlier; but, it feels as though women are asking questions and giving talks a lot more than they used to.

The impact of female active participation should not be understated. The diversity of womens' behaviours, interests, physical attributes, age and capacity is marvellously freeing. A concentration of diverse women removes the stifling responsibility on a handful of philosophers to represent the vaunted 'other', the UR-female philosopher: The mythic aesthetically pleasing, intellectually electric, emotionally stable, humorous, laid back, fiesty, suitably demure, stylish, sexually available and interested--but not too much--insightful, and breathtaking analytic creature.

This is good news for the AAP and Australasian philosophy.

What to work on? I want to suggest only one challenge. I've noticed that almost all speakers, male and female, use female characters to illustrate their thought experiments--an unremarked feature of contemporary analytic philosophy. On the one hand, featuring female agents is tremendously inclusive and reiterates the normalcy of the rational female. On the other hand, the inclusion of these examples, without the inclusion of any female viewpoints (e.g. female philosophers' arguments or examples constructed by female philosophers) lowers the value of female characters considerably, to the level of ship's figurehead while the captains' plot their course. 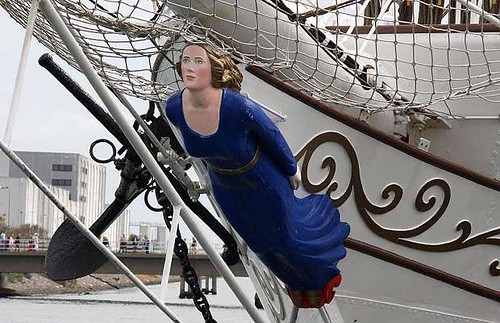 The women in a philosophy paper's thought-experiment are fake-agents. Their agency is described, but they are constructed and constrained. So, my suggestion is quite simple, when writing philosophy papers, philosophers ought to do their best to find a female captain, not merely a ship's figurehead. 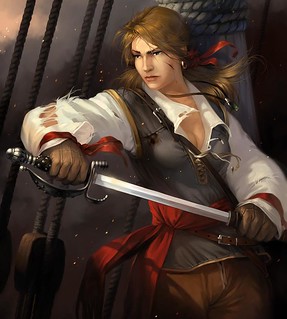 These steps ought to be common practise and normative guidelines for inclusion. There is no mandate for including women in one's research, only a mandate that a responsible philosopher follows a procedure of proactive attempts to include female authorship.

This procedure is necessary to re-write the default tendencies philosophers (both male and female) fall back on to cite their heroes, teachers, colleagues, peers, and friends to generate debates and justify their views. Nepotistic citing tendencies are heuristically built up from undergraduate and graduate syllabi, colloquium, conference presenters, and key authors in top journals. But, these heuristics must be rationally rewritten.

Luckily, as has been commented on, high quality arguments can be found in a wide-range of philosophy journals and the modern age means it is simple to search for alternate arguments from the literature.

Seeking new arguments can only be good for philosophy. Any increase in the representation of female authorship in philosophical discourse stemming from this improves the culture of philosophy and begins to correct ingrained and institutional biases against female representation.
Collapse